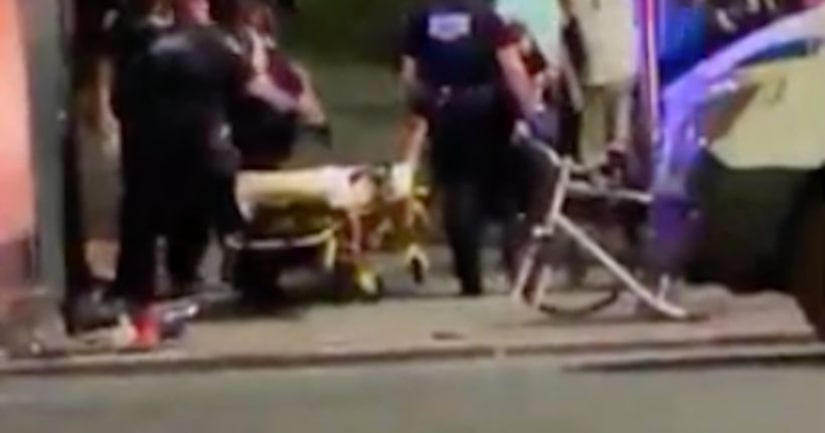 NEW YORK CITY (WPIX) -- A man was stabbed at the Bryant Park subway station Monday night, according to police.

Officials say the man was stabbed in the neck and abdomen after a dispute around 11:25 p.m. on the platform of the D train.

A subway agent told PIX11 the victim ran up to him bloodied and begging for help before collapsing on the sidewalk. Video shows the man being placed onto a stretcher by paramedics just outside Bryant Park.

He was taken to Bellevue Hospital, and his injuries were not life-threatening, according to authorities.

Power to the station was cut and service was interrupted while police searched the tracks for the weapon. Power has since been restored and trains are running.