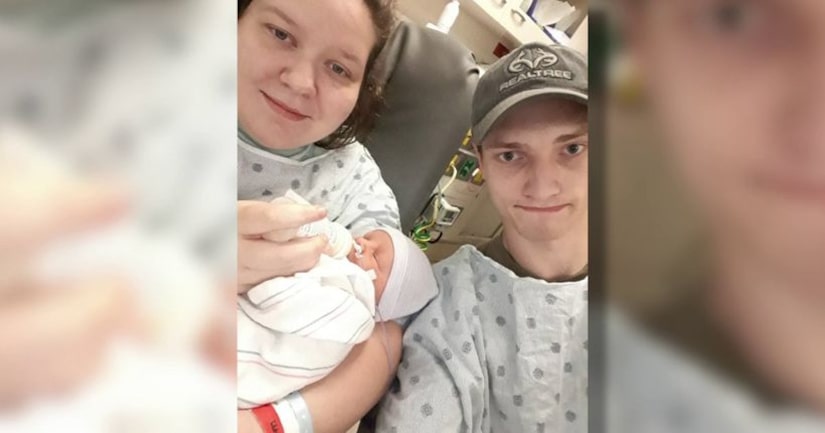 Two days later, the happiest week of his life was dampened by disappointment. Police say someone broke into his Whitehaven home on Weaver Road while he and his wife were in the hospital with their newborn. Peck says the thief stole a bunch of stuff including hundreds of dollars of items he bought for the baby.

"I had a big baby shelf full of baby stuff. He took 90 percent of it," Peck said. "He left like some formula and a basket that did have some shampoo and baby soap in it. All that's gone."

Peck found out about the burglary from his landlord who caught part of the incident on security camera. In the video, you see a man take off when the house alarm goes off.

Police say the thief got in by breaking a window. Officers are still trying to catch him.

"I want him to serve his punishment," Peck said.

Peck can't believe someone would steal from a baby.

MORE: Couple's home robbed while they're at hospital with newborn baby - WREG