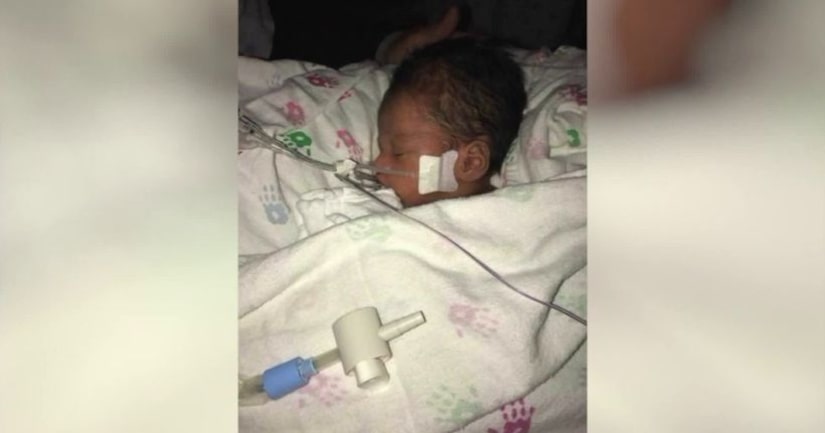 OAK LAWN, Ill. (WGN) -- The family of a slain teenage mother gathered in Chicago Wednesday to see the infant who was cut from his mother's womb after she was strangled to death.

Newly arrived from Mexico, an uncle, two grandmothers and a great grandmother of the grief-stricken family of Marlen Ochoa-Lopez visited the baby boy, Yovani Yadiel Lopez, who remains at Advocate Christ Medical Center in grave condition.

It has been a bittersweet family reunion.

"Personally, I feel happy but at the same time sad because this is not the way I wanted to see my mom after 20 years,” Ochoa-Lopez's mother Raquel Uriostegui said.

Yovani opened his eyes earlier this week, but the prognosis is still seemingly grim. The family told WGN the doctors don't believe the infant can survive.

Clarisa Figueroa, 46, and her daughter, Desiree Figueroa, were charged with the first-degree murder of Ochoa-Lopez. They were accused of luring her to their South Side home in April with a promise of baby clothes and a stroller.

Investigators said Figueroa tried to fool paramedics and hospital staff into believing she was the baby's mother.

MORE: 'I feel like he's going to recuperate': Family of slain teen arrives from Mexico, visits infant in hospital - WGN