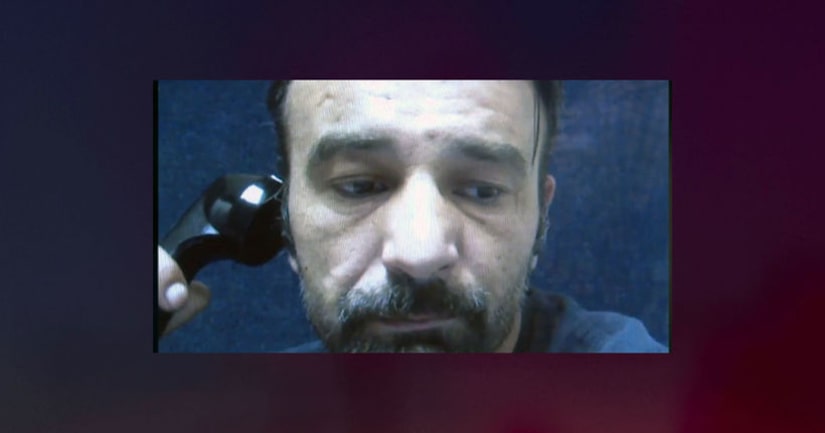 LAS VEGAS (KSTU/CNN) -- “I'm not happy, but I don't feel sorry for what I did either.” That was the response from a Las Vegas man accused of beating his wife to death with a baseball bat, according to KTNV.

Slobodan Miljus spoke with 13 Action News from the Clark County Detention Center just hours after his first court appearance in connection with the death of his wife, Zvjezdana Bencun.

Las Vegas police were called to the couple's apartment near Sahara Avenue and Fort Apache Road after the couple's teenage son called 911 to report the crime.

The report filed by officers who arrested Miljus said the teen came home Friday to find his father covered in blood and his mother dead in the bedroom.

Detectives say Miljus claimed his wife was cheating on him and he reached his boiling point.

Miljus reportedly telling detectives he went to a nearby store after the couple's two children left for school to buy a baseball bat, kitchen knife and duct tape. He told officers he then went to a second store to buy vodka and Red Bull.

After a few drinks, the report says Miljus went into the bedroom and hit his wife over the head three times while she was in bed.

Miljus reportedly told detectives he planned to kill himself but didn't follow through.

Bencun's family says she was a loving mother who was in the process of getting a lawyer to divorce Miljus.

MORE: Vegas man accused of wife's murder is 'not happy, not sorry' - KSTU