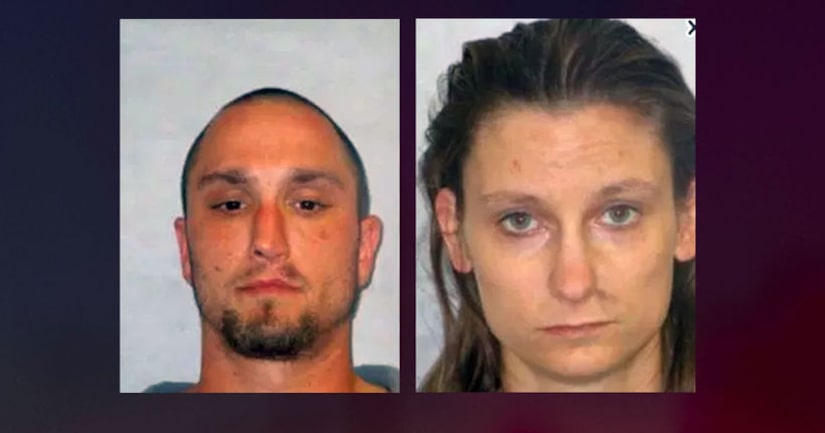 RAVENNA TOWNSHIP, Ohio (WJW) -- Less than an hour after they were released from the Portage County Jail, a man and woman are accused of carjacking an elderly couple and kidnapping the 72-year-old woman.

Christopher Michael Hastings, 32, and 28-year-old Margaret Ann Hayes asked the Koerber family for a ride and then hopped into the family's silver 2014 Ford Flex and took off Monday.

Donna Koerber, 72, was in the back seat.

While Donna's husband, Larry, called for help, she tried to escape, but could not unlock the door. She said the two dropped her off on a road about a mile away from home.

Koerber sat there for nearly 3 hours before anyone stopped to help.

Koerber was transported to University Hospitals Portage Medical Center as a precaution and later released.

Arrest warrants were issued for both Hastings and Hayes on felony charges of abduction and auto theft.

According to the Portage County Sheriff's Office, Margaret Ann Hayes turned herself in.

Christopher Hastings is still on the run.

Authorities continue to look for the Ford Flex, which has a Vietnam Veterans license plate of 857-YUS.

MORE: Suspects accused of carjacking, kidnapping woman one hour after release from jail; one suspect captured in Portage County - WJW