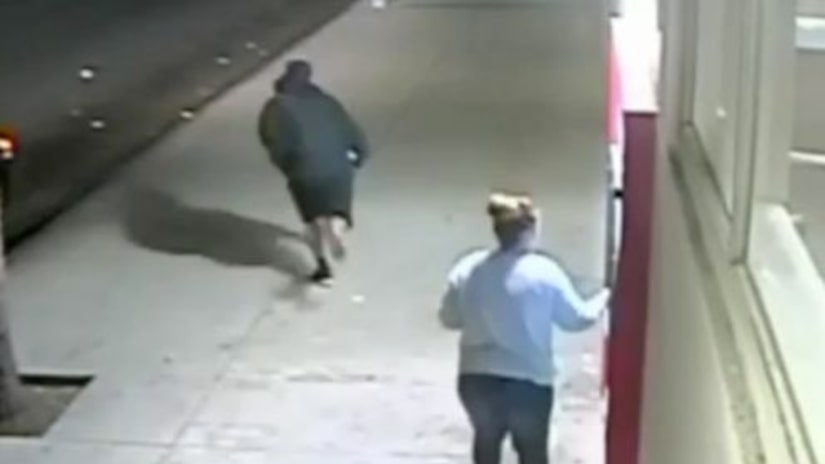 SANTA ANA, Calif. -- (KTLA) -- Santa Ana police on Tuesday released surveillance video of an armed man robbing a woman at an ATM machine as they asked for help apprehending the assailant.

The woman was retrieving cash from the ATM outside the Bank of America in the 2100 block of South Main Street around 4:45 a.m. on May 1 when she was approached by a young man, according to a news release from the Santa Ana Police Department.

The man brandished a handgun and demanded money from the woman, police said. A short struggled ensued, but the victim ultimately relinquished the cash to him.

He then ran across the street and fled the scene in a dark-colored, early 2000's Chevrolet Silverado pickup truck, according to the release.

The woman's son, who was behind the wheel of a black sedan parked on the street near the machine, drove off after the assailant and tried to chase him down, the surveillance video showed.