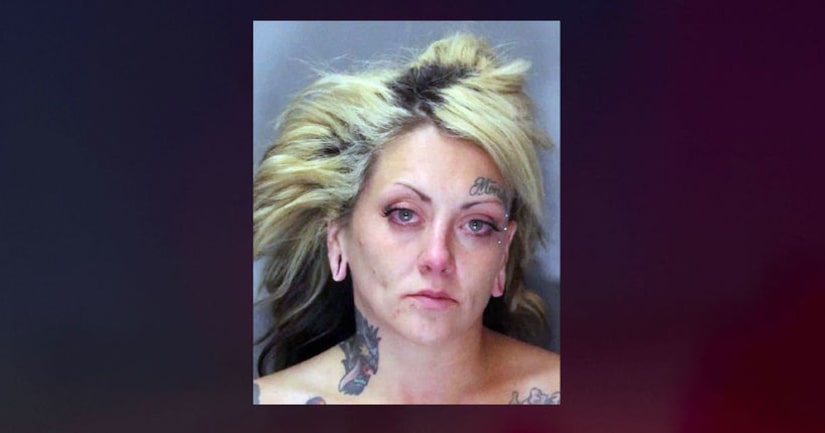 ELK GROVE, Calif. (KTXL) -- Megan "Monster" Hawkins, one of the inmates profiled in the Netflix docuseries "Jailbirds," is back behind bars.

Hawkins was arrested Friday after police in Elk Grove say they got a call about some suspicious behavior at a bank on Bruceville Road. Investigators said a woman was in the branch trying to open a checking and savings account with an identification card that wasn't in her name.

A witness recognized her as Hawkins, police said.

"I can't go into a store without someone being like, 'Oh my God, Monster,' or like, 'You're the girl from 'Jailbirds,'" Hawkins told FOX40.

Police say Hawkins drove to the bank in a car that had been reported stolen. Inside the car was a number of credit cards in different people's names, according to investigators.

She told FOX40 that the wallets belonged to friends.

"Those are my friends' who'd left their wallet in the car," Hawkins said. "I didn't steal anybody's car. The girl said I could have the car."

Hawkins was booked into the Sacramento County Main Jail, where "Jailbirds" was shot, on charges of possession of a stolen vehicle, unlawful use of personal information and probation violation.