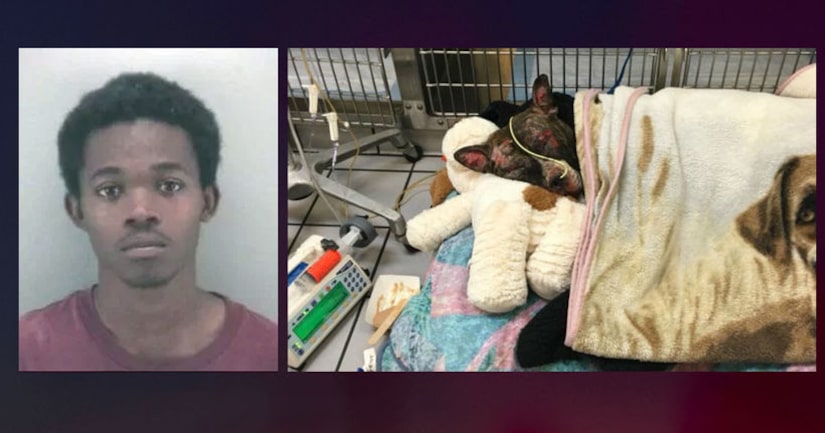 RICHMOND, Va. (WTVR) -- Police arrested a man accused of killing "Tommie" -- a dog set on fire in a Richmond park.

Tommie was found tied to an Abner Clay Park fence and set on fire the night of February 10, 2019. Firefighters found Tommie with severe burns to his body. He had been tied to a chain-link fence, doused with a flammable liquid and set on fire.

He was treated at Virginia Veterinary Center on Cary Street, but died February 15, five days after he was set on fire.

Outrage over Tommie's death prompted Virginia lawmakers to pass legislation dubbed "Tommie's Law" that made animal cruelty a felony in Virginia. Prior to the legislation, the animal had to die as a direct result of the torture or inhumane injury before a suspect faced a felony charge.

MORE: Man arrested for killing Tommie, the dog set on fire in a Richmond park - WTVR