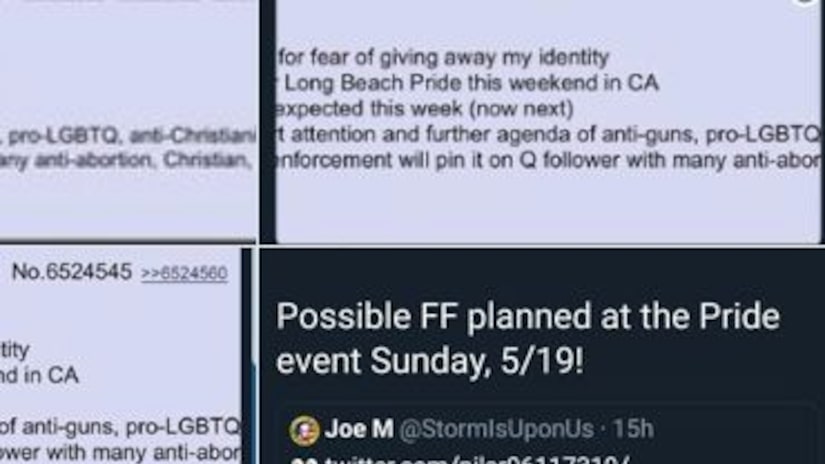 Long Beach police said they were made aware of social media posts circulating that referenced potential threats of violence at the annual parade and festival. The message was originally posted on May 6 and had been shared hundreds of times on “numerous platforms,” officials said.

Officials did not elaborate on the nature of the threats.

“There is no current threat to the Pride festival as of now,” said Lt. James Richardson of the Long Beach Police Department. As with any major event, Richardson said, extra officers would be on hand to patrol, but no staffing or security was added as a result of the investigation.