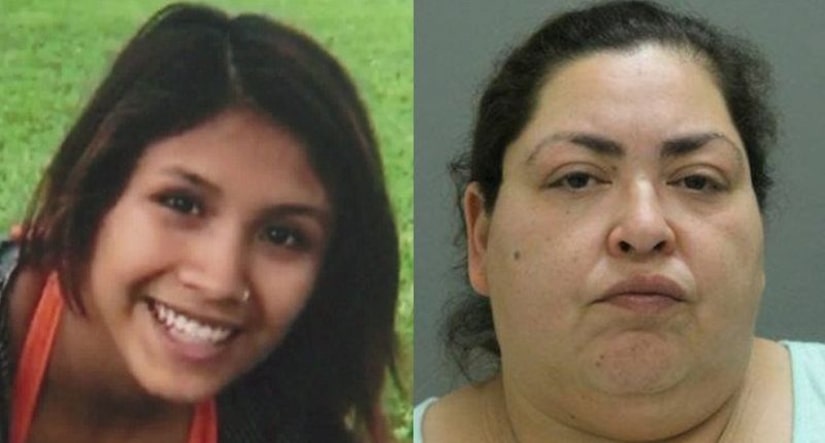 CHICAGO (WGN) -- Police and Illinois' child welfare agency say staff at a Chicago-area hospital didn't alert them after determining that a bloodied woman who arrived with a gravely ill newborn had not just given birth to the baby boy, as she claimed.

Clarisa Figueroa is charged with killing 19-year-old Marlen Ochoa-Lopez. Chicago police say she cut Ochoa-Lopez's baby out of her womb on April 23, then called 911 to report she had given birth to a baby who wasn't breathing. Paramedics took Figueroa and the baby to Advocate Christ Medical Center in suburban Oak Lawn. The baby remained hospitalized on life support on Saturday, according to authorities.

Prosecutors say that when Figueroa was brought with the baby to the hospital, she had blood on her upper body and her face, which a hospital employee cleaned off. They also say Figueroa, 46, was examined at the hospital and showed no physical signs of childbirth.

Advocate Christ Medical Center has declined to say whether or when it contacted authorities, citing state and federal regulations. Oak Lawn police said they were not contacted about Figueroa by the medical center or any other agency.

Illinois Department of Children and Family Services spokesman Jassen Strokosch said Saturday the agency was alerted May 9 that there were questions about who had custody of the child in order to make medical decisions. He said he couldn't speculate about why the agency wasn't contacted sooner.

MORE: State not alerted for weeks that woman may not be baby's mom - WGN