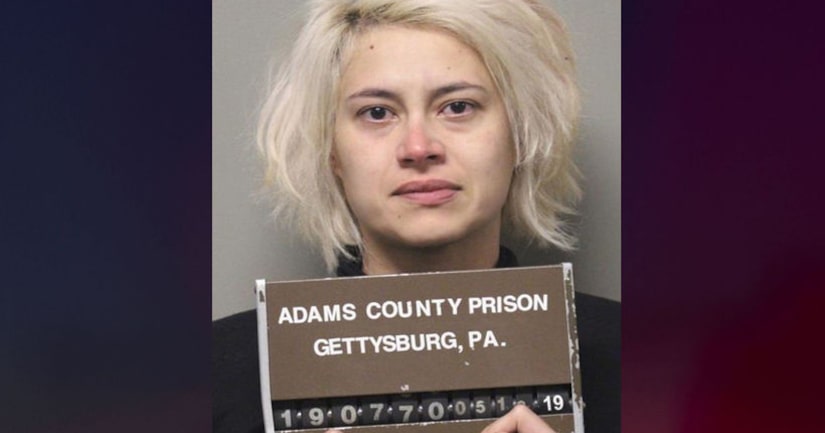 ADAMS COUNTY, Pa. (WPMT) -- Police have charged a 32-year-old York Springs woman with assault and other offenses after police say she punched her ex-boyfriend in the groin, causing his scrotum to tear open.

Micaela Arias Huettner is charged with aggravated assault, simple assault, reckless endangerment, and harassment, according to a criminal complaint filed by State Police.

The incident occurred Monday at 1:19 a.m. in Huntington Township.

The victim told police he had returned home from a bar to find Huettner in his home. She allegedly began questioning him about where he had been and what he had been doing, police say. The victim said he and Huettner began arguing, and the altercation turned physical, with Huettner striking him numerous times. The victim told police he did not strike Huettner, who allegedly ignored several requests for her to leave the residence.

The victim reported he eventually began leading Huettner out of the home. She then allegedly turned around and punched him in the groin.

According to the victim's account, after punching him in the groin, Huettner “appeared as though something was wrong.”

The victim then noticed his scrotum was torn open, and one of his testicles was exposed and bleeding.