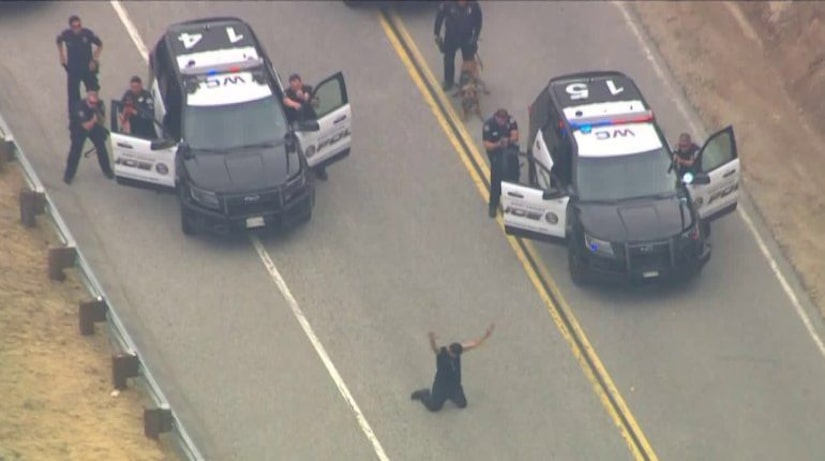 SAN GABRIEL VALLEY, Calif. -- (KTLA) -- Authorities pursued a stolen SUV through the San Gabriel Valley and into the Angeles National Forest on Wednesday afternoon before the driver surrendered.

Deputies broke off the active pursuit but continued following the vehicle as it made its way into the West Covina area, where police officers resumed the chase as it headed into Azusa, then continued north on San Gabriel Canyon Road into the Angeles National Forest.