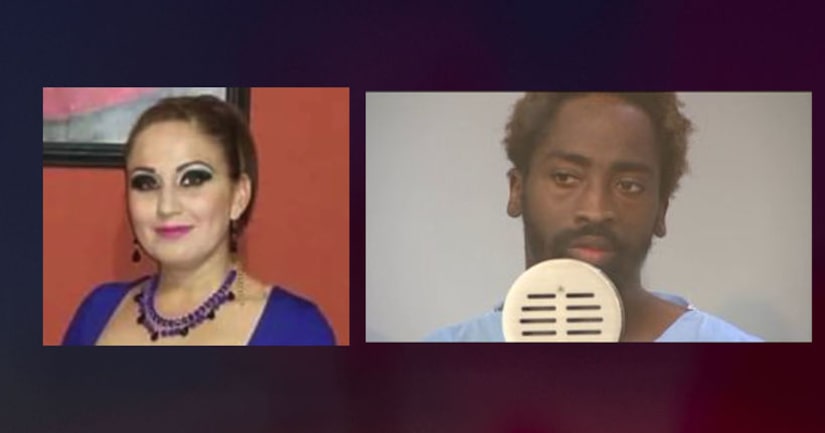 LONG BEACH, Calif. (KTLA) -- The suspect accused of beating a 63-year-old woman to death with an e-scooter in Long Beach has officially been charged with murder, the Los Angeles County District Attorney's Office announced Wednesday.

Amad Rashad Redding, 27, is charged with one count of murder in the death of Rosa Elena Hernandez.

Hernandez was walking near 64th Street and Obispo Avenue Monday afternoon when a man knocked her to the ground and began kicking her and stomping on her head, prosecutors said. He then grabbed an electric scooter and hit her repeatedly.

Prosecutors described Redding as a transient, who “randomly attacked” the victim.

The attacker fled the scene after the incident, but at around 5 p.m., officers found a man at a business on Downey Avenue and Artesia Boulevard and detained him as a person of interest, according to police.