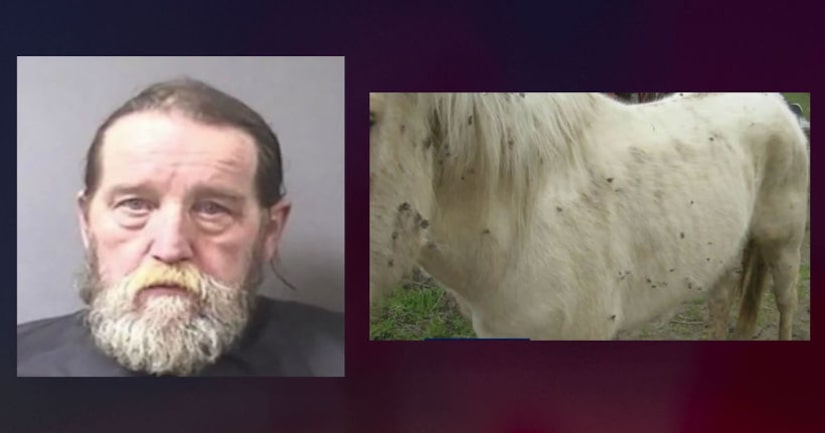 MADISON COUNTY, Ind. (WXIN) -- A man is accused of animal cruelty after investigators said they found a dead horse and two other neglected horses on a Madison County property.

According to court documents, the site on East Rt. 236 is used as a horse farm and has been investigated several times in reference to possible animal neglect.

"Most people can look at an animal and tell whether it's mistreated or not," Madison County Prosecutor Rodney Cummings said.

According to court documents, a lieutenant responded to the property on an animal complaint. They found a dead horse with two others standing near it at the gate. Investigators couldn't find water or food on the property. The documents state both animals "...were emaciated, unkempt and in need of services." The lieutenant also observed protruding bones and open sores.

This week, the prosecutor charged Patrick Moreland, 58, with cruelty to an animal. Investigators believe he is the part owner and responsible party for the property and equine.

Moreland told investigators the deceased horse was old, and he took care of it, but declined to say how, according to court documents.

"It's not appropriate to leave a horse in a barn or on the side of the field and just let it decay on its own. It's simply not appropriate, and it's not humane," Cummings said.