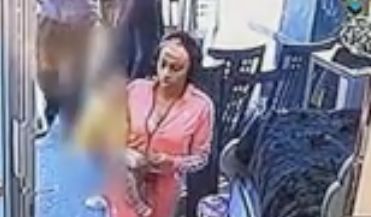 THE BRONX, N.Y. -- (WPIX) -- Authorities are looking for a woman in connection with a dog that was stolen on the street in the Bronx, police said Monday.

A man was walking with a pit bull puppy in the bottom basket of a baby stroller on Monday, May 6, at around 11:15 a.m. when the dog jumped out of the basket near the corner of Jerome Avenue and East 190th Street, unbeknownst to the owner, according to police.