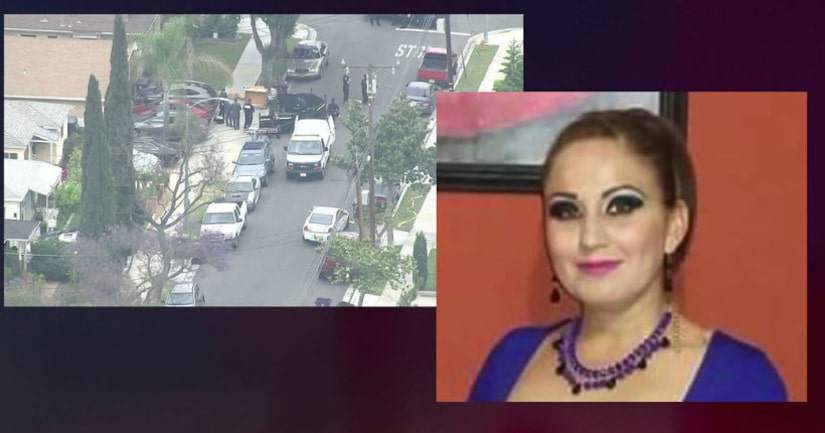 LONG BEACH, Calif. (KTLA) -- A man was booked on suspicion of murder after a woman was beaten to death with an electric scooter outside a friend's home in Long Beach Monday afternoon, officials said.

The incident was reported about 12:30 p.m. near the corner of Obispo Avenue and 64th Street, Shaunna Dandoy, a spokesperson for the Long Beach Police Department, told KTLA.

Manjarrez had just finished eating with friends who live on 64th Street when she was attacked on the sidewalk. She had just started out on the three-block walk back to her home when the assailant approached her, according to her friend Gabriel Luquin.

Detectives believe the man physically assaulted Manjarrez, then began using an e-scooter as a weapon.

Long Beach firefighters responded and found Manjarrez with significant injuries to her upper torso. She was pronounced dead at the scene, police said.

The attacker ran way from the scene. He was wearing a dark hoodie, dark pants and red shoes, and had facial hair, Magallanes said.

Around 5 p.m., a man was detained as a person of interest at a business near the corner of Downey Avenue and Artesia Boulevard.

That man was later booked on suspicion of murder and was being held on $2 million bail, officials said. The suspect's name was not being released as police were still working to confirm his identifying information.

Luquin said the attacker was a man he recognized from around the neighborhood.

The investigation is ongoing. The motive behind the attack is unknown, and police could not say if it was random.

Police representatives declined to identify the brand of scooter that was used in the attack, but e-scooter rental company Bird confirmed it was involved in the investigation.