CLARKE COUNTY, Iowa (WHO) -- An Osceola couple accused abusing their two adopted children from Ghana have pleaded guilty in the case.

The investigation began in January of 2018 after the children went to a neighbor's house and cried to be let inside.

Criminal complaints in the case say the Frys forced the children, who were 8 and 9 years old at the time, to go to the bathroom in buckets instead of toilets, made them sleep on plastic mats, and fed them only oatmeal for all three meals.

A physical examination done at Blank Children's Hospital determined the children were malnourished and their growth had likely been stunted by nutritional neglect. They were removed from the home and placed with relatives.

The Frys face up to two years in prison and fines. 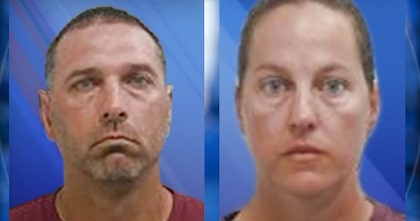