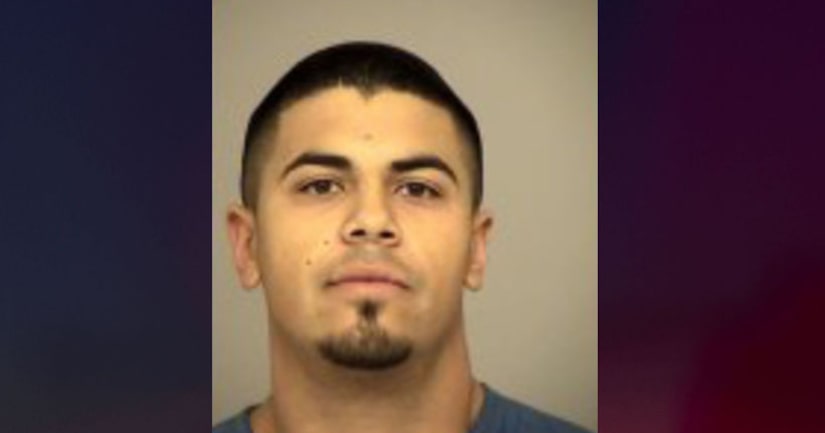 LOS ANGELES (KTLA) -- Ventura County sheriff's deputies arrested a man Sunday accused of killing his roommate in Meiners Oaks, a rural area west of Ojai, and traveling hundreds of miles away to Inyo County to dispose of the body.

Cameron Scott Lykins, 23, was arrested in the city of Lone Pine shortly before 10 a.m. Sunday, after the Ventura County Sheriff's Department got a tip that Lykins had admitted to killing his roommate, 22-year-old Houston Alexander Auer, and discarding the body, deputies said in a news release.

Deputies went to the Meiners Oaks residence, where they found a bloody scene consistent with a homicide, but no victim.

Further investigation indicated that Lykins had killed Auer during a disturbance in the early morning hours Sunday, and removed Auer's body from the scene.

At about 1 p.m., Inyo County Sheriff's deputies and California Highway Patrol located Lykins in Lone Pine, a town in the Eastern Sierra more than four hours from Meiners Oaks.

Lykins's truck Nissan Frontier was also found, which had evidence confirming that Lykins had used the truck to move the victim's body, deputies said.