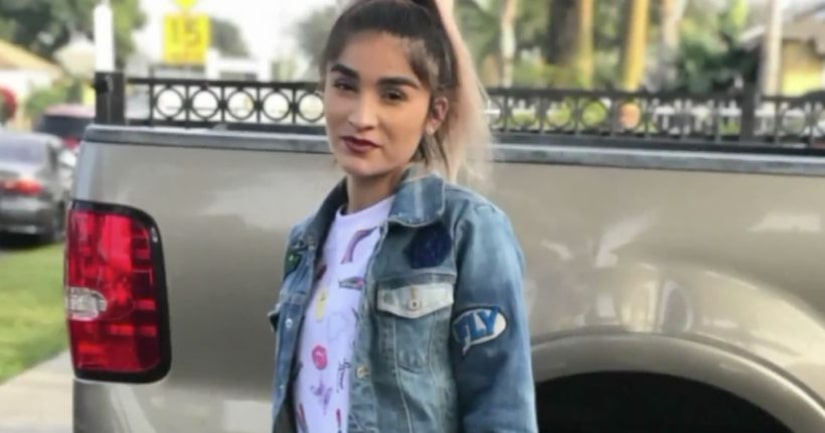 LOS ANGELES (KTLA) -- The victims of a deadly South Los Angeles crash over the weekend have been identified as siblings as authorities continue their search for the suspected street racers involved.

Bethany Holguin, 23, of Compton, was pronounced dead at the scene in South L.A.'s Willowbrook neighborhood at 10:33 p.m. Saturday, according to officials.

Her brother, 20-year-old Emilio Holguin, suffered major injuries and is in critical condition at Harbor-UCLA Medical Center, their family told KTLA on Monday.

The siblings were traveling by car when a speeding vehicle slammed into their car at the intersection, according to the California Highway Patrol. A surveillance camera captured the violent impact.

Investigators believe the driver of the other car was racing with another vehicle, possibly a red Honda. The occupants abandoned their heavily damaged car at the scene and might have fled in the red vehicle, officials said.

Witness Fabiola Rodriguez described trying to pull Bethany out of her car after the collision. The victim eventually stopped breathing, Rodriguez said.

"I appreciated that she wasn't alone," said Rafael Gonzalez, who identified himself as Bethany's boyfriend.

The victim was a single mother to a 6-year-old girl, according to her family.