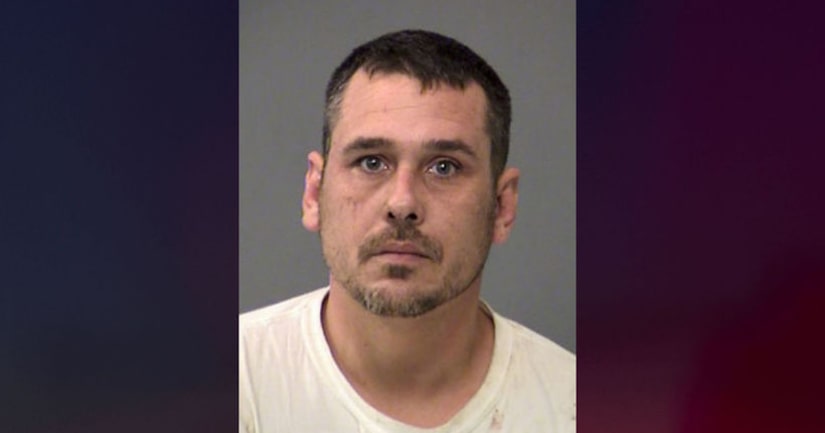 INDIANAPOLIS (WXIN) -- Court records released Friday detail the fight between a suspect and an Indianapolis Metropolitan Police Department (IMPD) officer that led to an arrest of a suspected shoplifter.

William Allen, 40, faces several charges, including one count of attempted murder. Police believe he stole merchandise from an east side Lowe's Home Improvement Store and was found by IMPD Officer Eric Rosenbaum in a nearby neighborhood around the intersection of 25th Street and Galaxy Lane.

In a probable cause affidavit, police describe a violent set of actions that followed Rosenbaum spotting Allen and his pursuit to apprehend him.

"I hope that if nothing else, when the public reads the facts that are outlined, they will get a full appreciation for what our officers do every single day," said Rick Snyder, the president of the Indianapolis Fraternal Order of Police (FOP) Lodge 86.

Rosenbaum had stopped Allen, and was trying to handcuff him, according to court documents. A witness said Allen resisted and Rosenbaum Tased the suspect. Allen broke the electric charge loose and started fighting the officer, and eventually ran off.

Rosenbaum chased Allen down to a yard along Galaxy Lane. The officer tried to "hip toss" Allen to the ground, but Rosenbaum dislocated his right shoulder in the process, leading to a scary exchange for the officer.

With the advantage, Allen sat on Rosenbaum's torso and began gouging the officer's eyes.

"Officer Rosenbaum could feel the left thumbnail enter the inside part of his eye closest to the nose and gouge across to the outside of his eye," the court documents showed.

With his right arm dislocated, the officer only had his left arm to defend himself, and his eye sight had diminished from the attack.

Allen went on to remove the communications equipment from the officer, pulling the microphone away from his chest and removing the earpiece to prevent Rosenbaum from hearing radio communications. He went on to punch the officer and allegedly told Rosenbaum, "You're gonna die tonight."