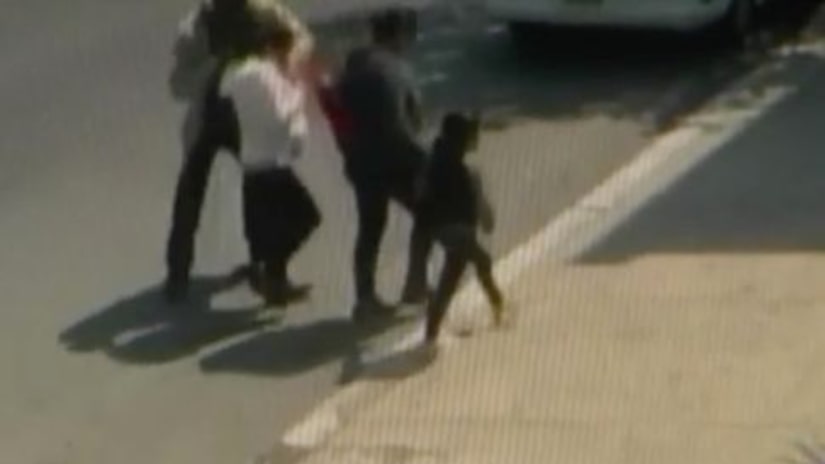 NEWARK, N.J. -- (WPIX) -- A man attacked a pregnant woman in Newark on Wednesday morning, a spokeswoman for the Department of Public Safety said.

The pregnant victim was on Market Street with another woman and a child around 11:30 a.m. when she was attacked, officials said. A man grabbed the pregnant woman's neck and tried to take a gold chain from her.

Video obtained by PIX11 shows the man grab the woman as she stood on the street. He followed her onto the sidewalk as she struggled to get away. The man gave up and fled after both women fought against him.

Officials described the man as being around 40. He's about 6 feet tall and weighs around 170 pounds. The man was last seen wearing a tan coat, gray hooded sweatshirt, blue jeans and dark boots.