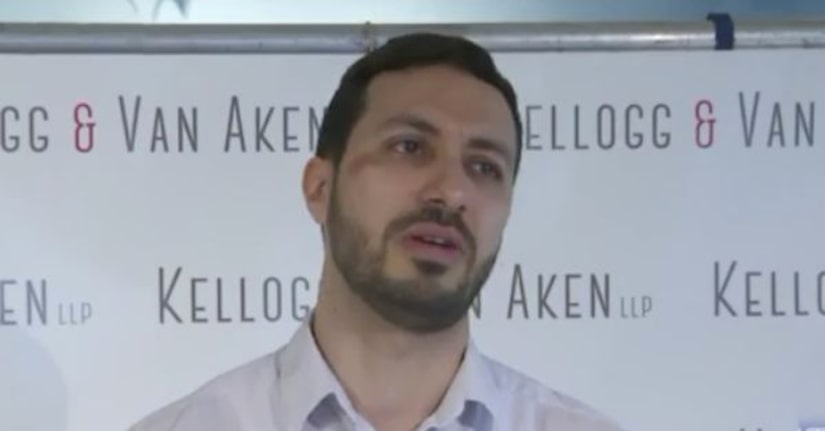 LOS ANGELES -- (KTLA) -- Allegations of misconduct by doctors at USC's student health clinic continue to grow, with 18 additional men joining a lawsuit against a former men's health physician accused of inappropriate conduct and sexual contact with his patients, a law firm announced Thursday.

For the first time, two victims publicly discussed their experiences with Dr. Dennis Kelly in a Thursday morning press conference, describing a pattern of invasive questions and medically unnecessary treatment that left them ashamed and traumatized.

A total of 39 plaintiffs are involved in the suit originally filed Feb. 7 by Kellogg & Van Aken, and that firm says D. Miller & Associates is representing another 11 men, bringing the number of accusers to 50.

For 20 years, Kelly was the only full-time men's sexual health physician at the campus' Engemann Student Health Center — a tenure that was marked with repeated complaints about his conduct with gay and bisexual students, according to D. Miller & Associates, which is also bringing a separate lawsuit against USC and former student health gynecologist George Tyndall.

USC is also named as a defendant in Kellogg & Van Aken's 72-page complaint, which involves a litany of allegations including sexual battery and harassment, gender violence, negligent hiring and retention, intentional infliction of emotional distress and sexual abuse and discrimination in an educational setting.