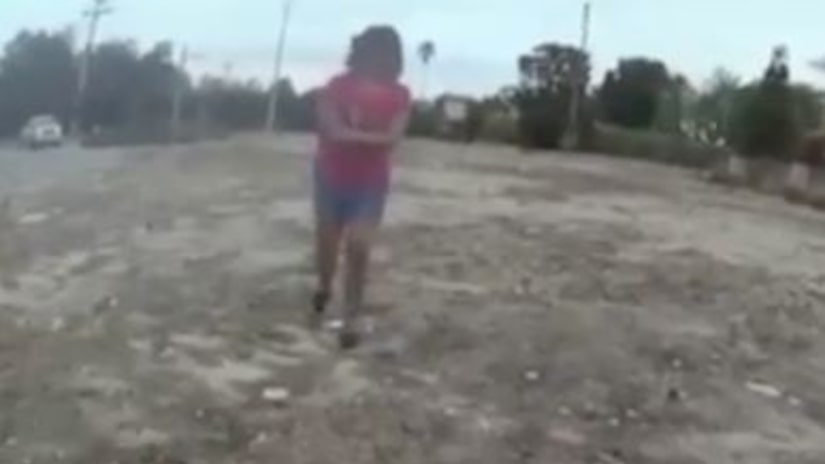 OXNARD, Calif. -- (KTLA) -- Police body camera footage released Thursday shows a bleeding and crying 17-year-old girl apologizing to the officer who shot her after the teen ran at him with a large knife in Southern California.

Oxnard Police Chief Scott Whitney described the May 3 confrontation in an edited video package posted online by his department.

An officer responding to reports of a girl causing a disturbance found her behind a fast food restaurant with a 12-inch kitchen knife in her pocket, Whitney says.

Officer Timothy Roberts' camera records him warning the girl not to reach for the weapon.