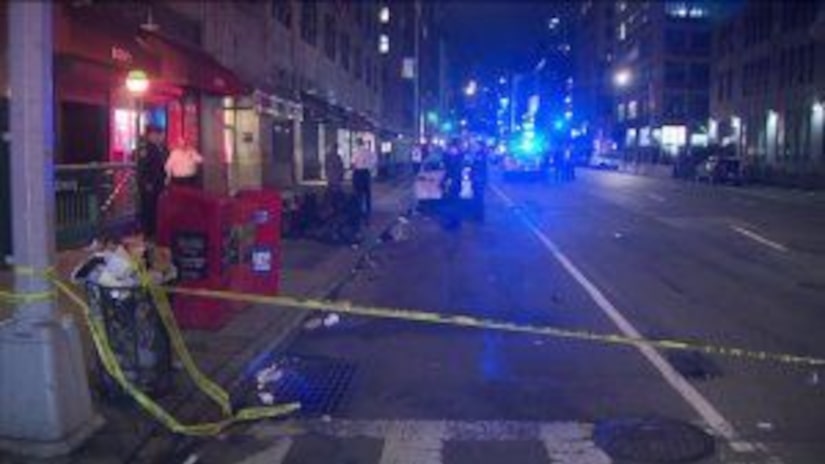 It happened around 1:40 outside the Sound of Brazil nightclub along Varick Street in SoHo.

Both men in their 20s were taken to Bellevue Hospital Center for their injuries.

The man wanted in connection to the shooting is described to be in his mid 20s and was last seen wearing a white t-shirt, dark pants and has braided hair, cops said.

According to police, the victims are not cooperating with police.