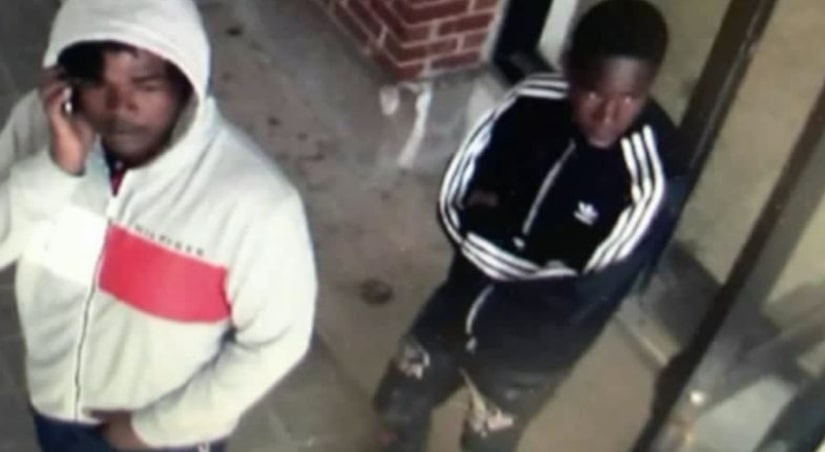 CHICAGO (WGN) -- Chicago police have released images of two suspects wanted for a shooting on the CTA Red Line.

The shooting happened just after 4 p.m. Monday at the Argyle station, located at 1118 W. Argyle St.

Police said one of the two suspects showed a handgun and fired shots at two men on the platform. A 34-year-old man was shot in the back, abdomen, buttocks and groin and was transported to the hospital in critical condition. The other man refused medical treatment for a graze wound.

The surveillance images released Wednesday morning capture one male suspect wearing a black Adidas jacket with dark ripped jeans and green shoes. The other male has short dreadlocks and wore a light Hilfiger hooded jacket, blue pants with white stripes running down the side and white-and-black gym shoes.