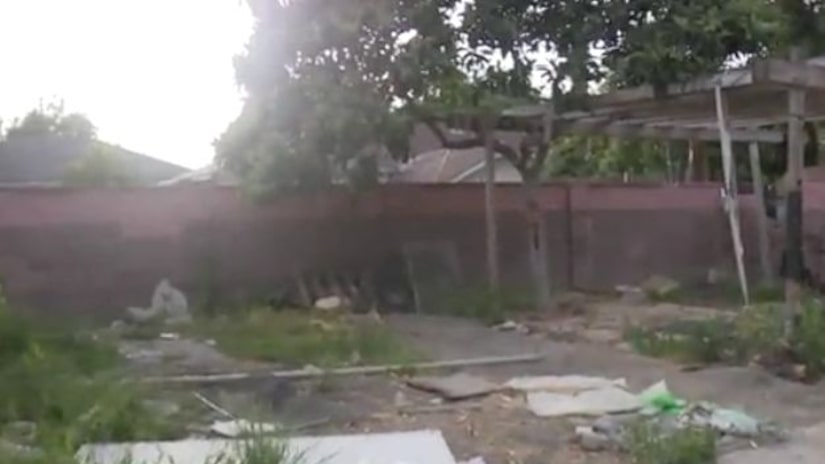 The incident was reported about 1 p.m. at 315 E. Warner Ave., when the property manager noticed the garage door was open and a padlock was on the back door, Santa Ana Police Cpl. Anthony Bertagna told KTLA.

The property manager notified police, and responding officers heard someone moaning from inside the house, according to Bertagna.

The woman was found bound and gagged inside. She told police she had been kidnapped forcibly taken to the abandoned home, which is owned by the city of Santa Ana.

Police later said the woman was a transient who was actually squatting in the home when a man attacked her. It is unclear why the suspect bound and gagged her.

Surveillance video shows a shadowy figure of a man outside the home hours before the woman was found.

Bertagna said there were no signs of sexual assault and the victim was not physically harmed. He also said such incidents are "extremely rare."

Police with K-9 units were seen searching the area.