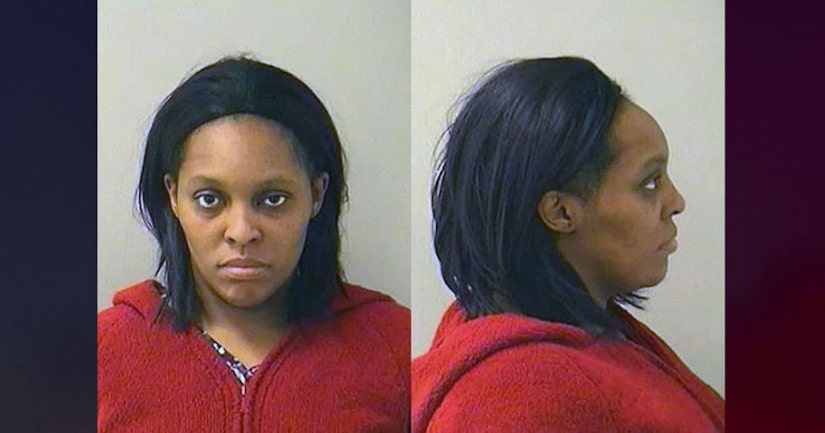 AURORA, Ill. (WGN) -- An Aurora woman was arrested after she allegedly held a knife to her husband's throat and started a fire in her home.

Aurora police said the incident happened around 1 a.m. Sunday in the first block of North Kendall Street after Taylor got into an argument with her husband over suspected infidelities.

Upon arriving to the scene, officers saw heavy smoke coming from the home and located a fire inside a bedroom. The 37-year-old husband and their small children, ages 5 months and 12 years, were able to get out of the home before police arrived.

According to the police investigation, Taylor held a knife against her husband's throat at one point, before going into a bedroom and allegedly setting his clothes on fire.

Taylor was later located by police at her workplace in Aurora, and was taken into custody.

According to the Chicago Tribune, she has been banned from seeing her husband or returning to her home.

Taylor remains in the Kane County Jail. She is due in court again Friday.