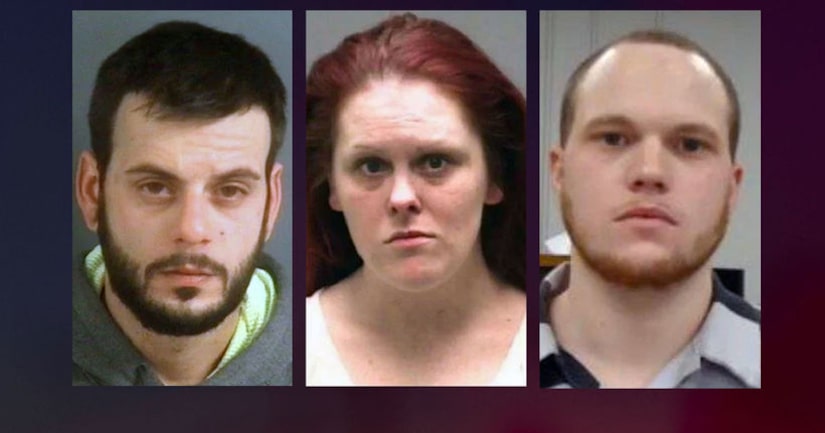 ALAMANCE COUNTY, N.C. (WGHP) -- Three people were arrested after Alamance County deputies said a man was beaten with a baseball bat and tire iron and tossed over a bridge.

The victim was from Raleigh and came to Alamance County to meet with Darnell, who he had been talking to online, according to deputies.

When he arrived at Darnell's home in the 600 block of Trollingwood Road in Mebane, deputies said the two male suspects assaulted and robbed him.

The victim told authorities that he was assaulted with a baseball bat and tire iron, bound with tape and then taken to Granville County, where he was tossed over a bridge.

The suspects then fled in the victim's car, according to deputies, who do not believe that the victim knew either of the male suspects.

The victim managed to crawl to the road where he was found and taken to Duke Hospital where he was treated for multiple injuries. He has since been released from the hospital.

All three suspects face charges of first-degree kidnapping, robbery with a dangerous weapon, assault with a deadly weapon with intent to kill and inflict serious injury and larceny of a motor vehicle.

Murrell and Darnell were jailed under a $1 million bond, while Richardson's bond in Granville County remains uncertain.

MORE: 3 arrested after man beaten with baseball bat, tire iron in Mebane, then bound with tape and thrown off bridge - WGHP