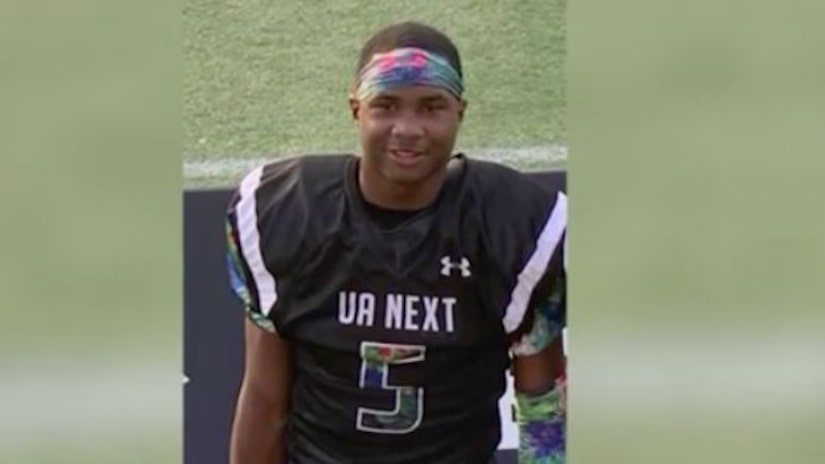 VENICE, Ill. —- (WGN) -- A teen sports standout featured in a Sports Illustrated article about young athletes who would rule the future of sports has been fatally shot.

The St. Louis Post-Dispatch quoted police as saying that Jaylon McKenzie, an East St. Louis eighth grader, was shot Saturday night at a party in Venice, Illinois, about 5 miles northeast of St. Louis.

Police say they found McKenzie with serious wounds and he died at a hospital. A 15-year-old girl was in critical condition at a hospital. No arrests have been made.

McKenzie drew national attention when he caught five passes for 161 yards and 2 touchdowns at the NFL's 8th Grade All-American Game in Canton, Ohio, in August. He posted on social media that he had received football scholarship from the University of Missouri and University of Illinois. He told Sports Illustrated his dream was to play in the NFL and be a star in Los Angeles for the Chargers or Rams.