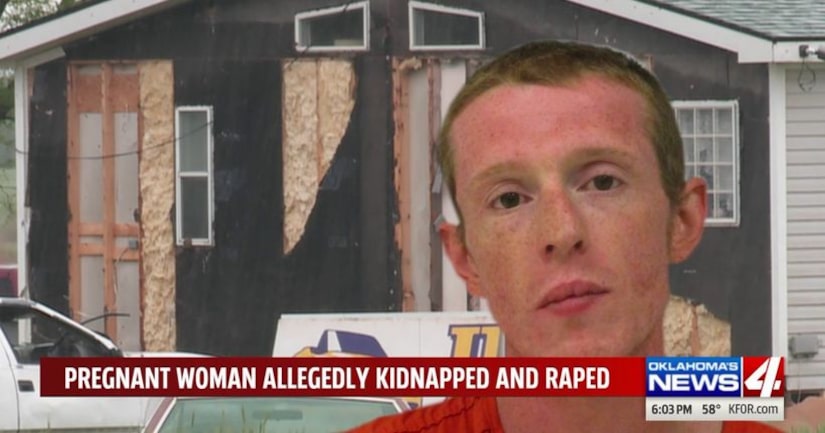 WAUKOMIS, Okla. (KFOR) -- In a 911 call released, a woman told operators, "My sister is there with her boyfriend he's got her hostage up there... she's pregnant and he's beating on her."

That call from the victim's sister, about 25-year-old suspect Hunter Landon Timm.

"I think he might be out there beating on her and she's three months pregnant," the caller said.

The affidavit says deputies found Timm sleeping in a bus, and a pregnant woman in her underwear, signaling to be rescued.

"They saw a phone flashing inside the bus, so as they came up to there they got her out of the door and escorted her out," said Garfield County acting-Undersheriff Jody Helm.

The affidavit says they rescued the shaken woman, and found Timm asleep with a shotgun at his side.