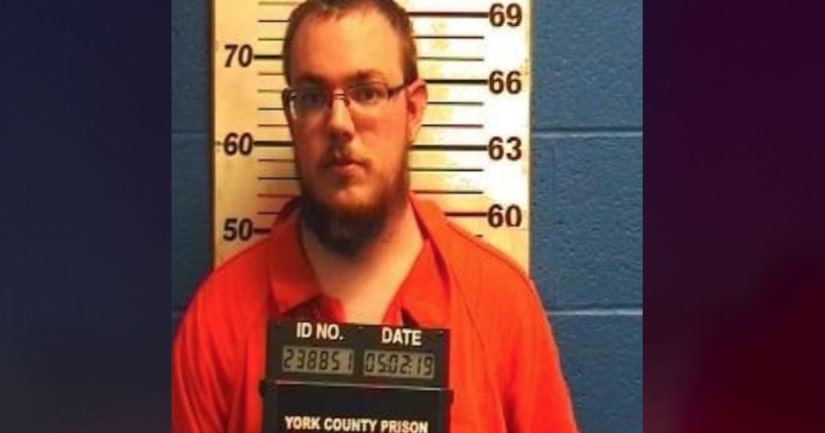 YORK COUNTY, Pa. (WPMT) -- A 24-year-old York man has been charged with two felonies and two misdemeanors after police say he was sexting with his 13-year-old neighbor.

Kyle Lee Lovejoy, of the 300 block of Waldorf Drive, also had inappropriate contact with the girl, according to Northern York Regional Police.

Police began investigating on March 27, when the girl's father reported “inappropriate messages” between the girl and Lovejoy, who used Facebook Messenger to communicate. A friend of the victim allowed her to use her cellphone to access her Facebook account and communicate with Lovejoy, and later took screen shots of messages between Lovejoy and the victim and showed them to her mother. The girl's mother passed the information to the victim's father, according to police.

Police say there were approximately 107 messages between Lovejoy and the victim. The majority were discussions of how they wanted to “cuddle” with one another and discuss meeting up at each other's trailers during the night. Others, police say, were sexual in nature. In one, police say, Lovejoy asked the girl if she wanted “special sauce” on her “taco,” and if she wanted to sample his “sauce” that night. In another, police say, Lovejoy told the girl he did not have “protection.”