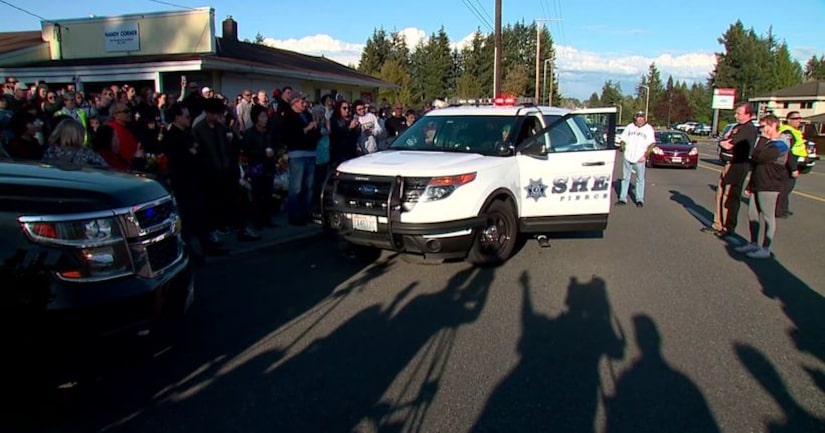 TACOMA, Wash. (KCPQ) -- A 16-year-old boy whose body washed up on shore at the Chinook Landing Marina — and one of two suspects in the robbery and murder of a beloved store owner in Puyallup — was shot in the head, according to the Pierce County Medical Examiner's Office.

The medical examiner's office has ruled the death of Franklin Thuo, 16, of Federal Way, a homicide. Investigators said the teen died of a single gunshot wound and had been in the water for several hours. Police have not said whether they have any suspects in the teen's death.

The second suspect, also 16 years old, was arrested Wednesday morning in a parking lot in northeast Tacoma. Officers arrested the teen and booked him into the Pierce County Jail, but he was transferred to Remann Hall Pierce County Juvenile Detention Center, where he is being held without bail.

Witnesses told investigators two men entered the store, pulled out handguns and threatened the 79-year-old store owner, but even after she gave them the money one of them shot her in the back.

MORE: Teen murder suspect whose body washed up on shore was shot in the head - KCPQ