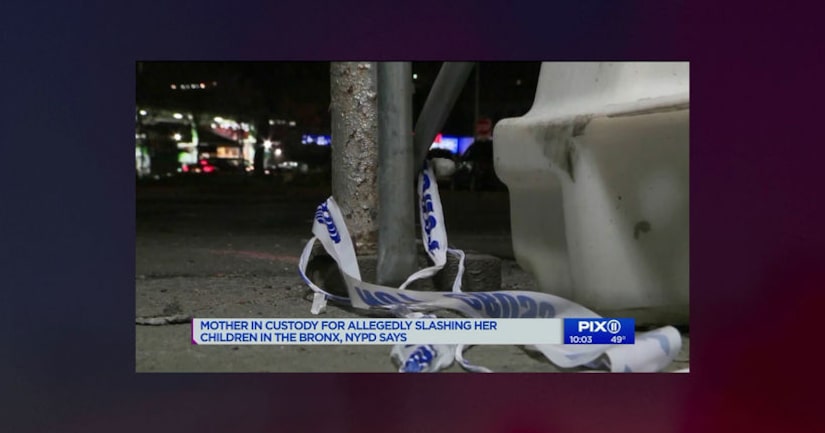 MORRISANIA, The Bronx (WPIX) -- A Bronx mom allegedly stabbed two children and then turned herself in to police, officials said.

Shanice Martin, 24, is accused of attacking a 2-year-old girl and a 6-year-old boy on Saturday night near Washington Avenue and Brook Avenue, officials said. She left and people in the area flagged down police to help the children.

Martin later walked into the police precinct and admitted what she'd done, an NYPD spokesperson said. She had a razor with her and asked police to arrest her.

Police charged Martin with assault, child abandonment, endangering the welfare of a child and criminal possession of a weapon. She's undergoing a psychiatric evaluation at a local hospital.