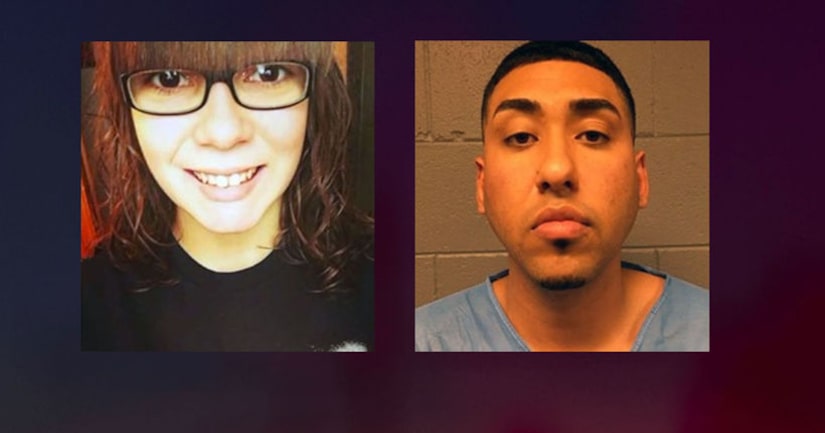 CHICAGO (WGN) -- A man facing drunk driving and reckless homicide charges in a horrific crash that caused an Uber to burst into flames, leaving a 23-year-old woman dead early Sunday, is being held on $100,000 bond after appearing in court Tuesday.

According to prosecutors, 22-year-old Rami Matariyeh had been drinking for hours with a female friend Saturday night when he got behind the wheel of his white Infiniti Q50.

In court Tuesday, prosecutors said his friend — referred to as "Victim Five" — had been sitting in the passenger seat at the time of the crash. She later told police Matariyeh was speeding down I-55 and dodging cars by weaving between lanes before the accident.

As he drove down the Stevenson Expressway, Matariyeh's car slammed into the back of an Uber, causing it to burst into flames. Sitting in the front seat of the burning car, 23-year-old Anastacio Morales suffered second- and third-degree burns as he pulled the Uber driver and another friend out. They were unable to save 23-year-old Jamie Poulous, who was trapped inside and killed. She had been out with friends celebrating her birthday.

The woman in Matariyeh's car was pulled to safety by a Good Samaritan. She suffered several broken bones and cuts.

A Lyft driver that pulled over to help says he saw blood on Matariyeh's hand and smelled alcohol on him, but gave him a ride to a gas station in Oak Lawn anyway.

The driver left Matariyeh at the gas station and called police, while Matariyeh called for an Uber to pick him up and drive him to his home in Homer Glen. Illinois State Police ran the license plates on his vehicle and Will County Sheriff's police were at his home when he arrived, asleep in the car. They arrested him before taking him to the hospital.

Prosecutors said later that Matariyeh's blood alcohol content was almost three times the legal limit, and he has a history of reckless driving, including speeding, causing an accident with injuries and wrong-way driving.

Matariyeh will be back in court on May 20 as he faces charges of Failure to Report Accident involving Death, Aggravated DUI Causing Death, and Reckless Homicide. If he is released on bond, he will have to be on electronic monitoring, cannot drive and cannot drink alcohol or take illegal intoxicating drugs.

MORE: Driver in fiery fatal crash with Uber had been drinking for hours, prosecutors say - WGN