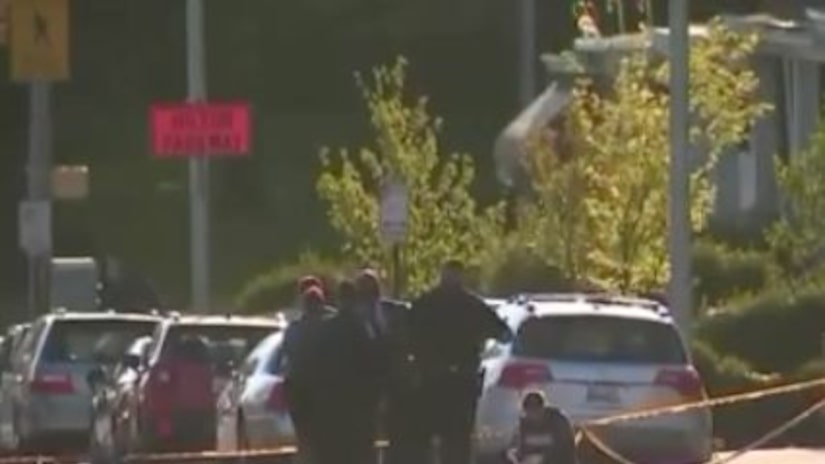 BALTIMORE, Md. -- (KTLA) -- A gunman fired indiscriminately into a crowd that had gathered for Sunday afternoon cookouts along a west Baltimore street, killing a man and wounding seven other people, authorities and reports said.

Police Commissioner Michael Harrison said the gunfire erupted after 5 p.m. on a block in the city's western district of brick row homes. Harrison said a man approached a crowd on foot and began firing in what he called "a very tragic, very cowardly shooting." Speaking at the scene afterward, Harrison said the shooting appeared "extremely targeted," but he didn't provide a possible motive.

The shooting comes roughly six weeks after Harrison's swearing-in last month as Baltimore police commissioner, when he promised to make the city safer and lead the department through sweeping reforms required by a federal consent decree. It's a daunting task in one of the country's poorest major cities where there were more than 300 homicides in each of the past two years. Harrison is the city's 14th police leader since the mid-1990s.

The commissioner said there were two cookouts taking place on opposite sides of the street Sunday, and that shell casings were found in two different locations, indicating that there may have been a second gunman, or someone firing back at the first shooter, who fled on foot. It was unclear whether the cookouts were related, Harrison said.