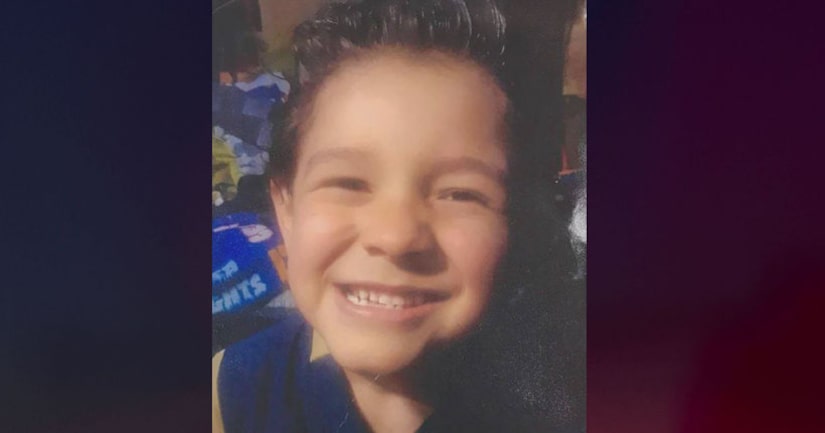 SAN BERNARDINO COUNTY, Calif. (KTLA) -- An Apple Valley woman and her sister have been booked on suspicion of murder as the search for her missing 6-year-old son continues, officials announced Saturday.

Duke Flores' mother, 29-year-old Jackee Racquel Contreras, and her twin, Jennifer Rachel Contreras, were arrested in connection with the boy's disappearance, according to the San Bernardino County Sheriff-Coroner Department.

Apple Valley police responded to a home in the 22000 block of Cherokee Avenue on Thursday when a family member requested a welfare check on Duke, the agency said.

The mother told officers Duke had not been seen for over a week, officials said. Authorities immediately searched the area and took Jackee Contreras into custody for failing to report him missing earlier, the Sheriff's Department said.

The search and interviews with family members continued into the next day. On Saturday, after speaking with detectives, Jackee Flores was booked on suspicion of murder, authorities said.

Officers on Saturday also arrested her twin sister, Jennifer, and booked her on suspicion of murder.

Investigators, however, have not provided any details about what led them to believe the victim was killed.

Her sibling is in custody at the Adelanto facility, also without bail.

Before the announcement of the possible murder charges against the siblings, family members and friends gathered for a vigil on Friday night.