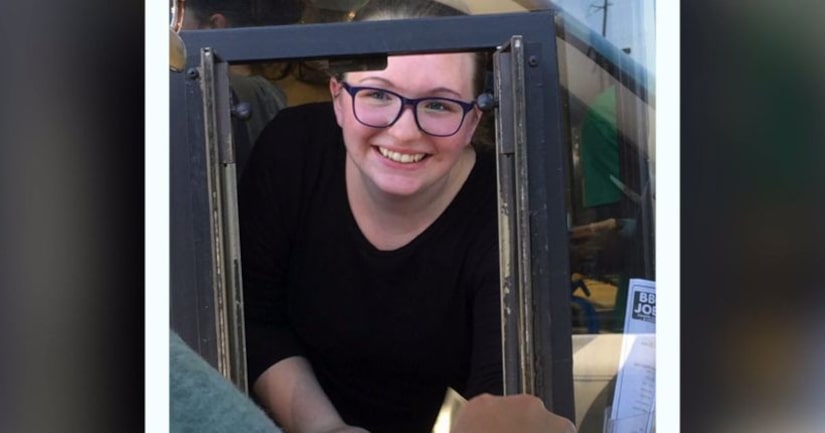 ARCHDALE, N.C. (WGHP) -- “I sat and watched my daughter cry in pain and I couldn't do anything to help her.”

That helpless feeling is one Johnathan Lambert has been experiencing for nearly a month since his daughter was brutally attacked.

On March 31, Johnathan's 19-year old daughter Celestial was stabbed half a dozen times in the parking lot of a Taco Bell in Archdale.

Police said Tyvonne Upshur, 41, allegedly used his car to try to run over Celestial and her family, including her mother and sisters, as they left the fast food restaurant. The car managed to go over Celestial's foot before smashing into a power pole.

Johnathan Lambert said he then saw Upshur sprint out of the car and begin stabbing his daughter in the neck and back.

“One of the stab wounds caused her to have a spinal cord injury, so it's going to take her a while to recover from that," he said.

Upshur had known the Lamberts prior to the March attack. He had met them a year before and had become a regular member at their church in Archdale.

Johnathan Lambert described himself and his family as strong evangelists on a mission to share the world of God with as many as they can.

They spend much of their time together leading worship services at area churches and singing at nursing homes.

Johnathan said Upshur began attending their church after speaking with two women inside a local Walmart.

“He had said he had been looking for a new church. That's actually how he started attending our church,” he said.

Upshur is said to have visited “just about every function” the church put on. This included fellowship dinners, worship services and church grounds workdays.

While he was heavily active in attendance, Johnathan explained that he had an uneasy presence about him.

“I can say the man had some strange things,” he said. “A lot of people felt like he made them uneasy, especially the lady folks - my daughter in particular.”

Celestial was 18 years old when she met Upshur. Many have described her as having an infectious smile, a welcoming personality and a singing voice that could melt the soul of any hardened person.

It was those qualities that drew Upshur to her, but his own madness that Johnathan said drove him to disturbing behavior.

“He did make several attempts to express his desire toward her. She, of course, ignored it and used every opportunity to let him know that. He had actually sent my daughter flowers asking to date her . . . she sent him a letter saying that she was not interested . . . he was old enough to be her father.”

For Upshur, that was not enough, as described by family friends of the Lamberts. They said that in his mind they were meant to be together.

Before the attack, Johnathan and his family lead worship at a nursing home. He said Upshur was in attendance and even spoke to him afterwards. The two talked about Johnathan's recent mission trip.

“He said how was the service, and I said it was good,” he said. “He said I'm glad to see everyone made it home safe.”

Johnathan said just a few minutes later he would attack them with intent to kill his daughter.

'LORD GOD SAVE HIS SOUL!'

“Before I could get over to where he was, he had stabbed her six times,” Johnathan said. “It was obvious his intent was to get rid of her.”

Johnathan rushed over to pull Upshur off his daughter, who was now bleeding from multiple stab wounds.

He called Upshur the “Devil” as he struggled to try and get away.

“Someone in their right mind is not going to do what this man done,” he said.

MORE: Father opens up after daughter brutally stabbed outside Archdale Taco Bell, 'God's not done with you yet' - WGHP