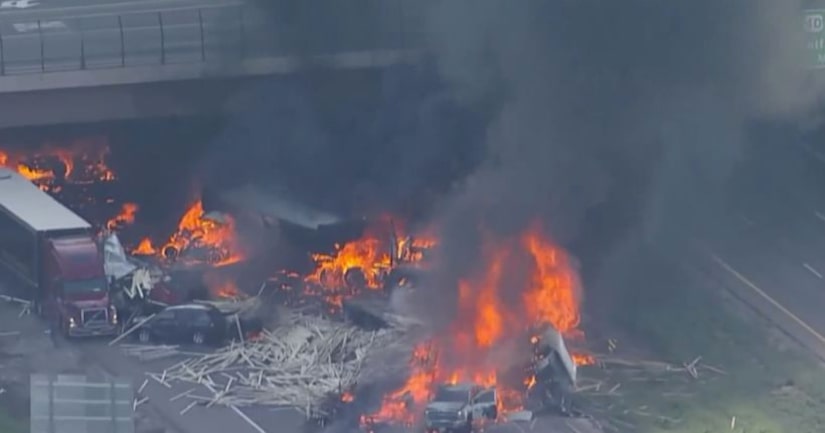 LAKEWOOD, Colo. (KDVR) -- The driver of a semi-truck that caused a 28-vehicle crash on Interstate 70 on Thursday evening has been arrested on multiple vehicular homicide charges, the Lakewood Police Department said Friday morning.

The driver was identified as 23-year-old Rogel Lazaro Aguilera.

Ty Countryman with the Lakewood Police Department said that 24 cars and four semis were involved in the crash, which killed "multiple people." The exact number of deaths is not yet available.

Six people were taken to the hospital because of the crash, police said but there were no updates on their conditions.

Aguilera was injured in the crash, but not severely. Police said that the charges are because of interviews and evidence that was gathered by authorities overnight.

Authorities said there is no indication it was intentional and they do not believe drugs or alcohol were a factor.

The crash happened in the eastbound lanes of the interstate near Denver West Colorado Mills Parkway in Lakewood just before 5 p.m. on Thursday.

Video captured by a YouTuber appeared to show the semi speeding down the shoulder of the interstate moments before the crash happened.