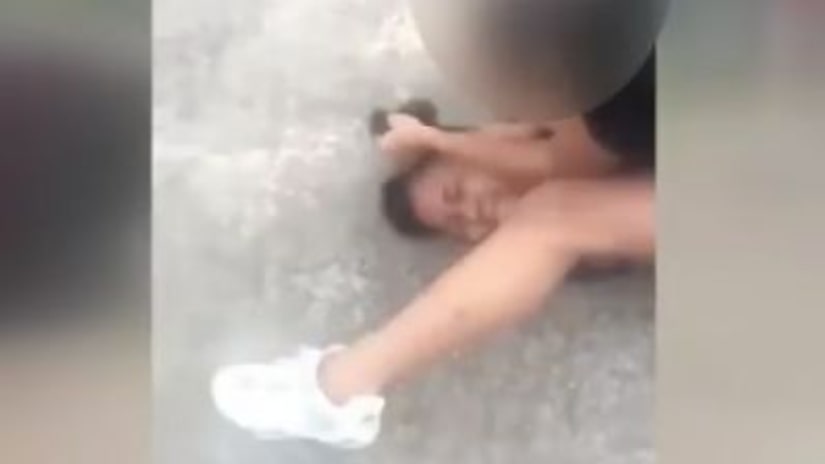 HOUSTON —- (WGN) -- A 13-year-old Texas girl who was on life support after she was attacked outside of her middle school died Wednesday morning, her mother told KTRK.

Mamie Jackson said her daughter, Kashala Francis, came home bruised and said she was jumped Thursday after leaving Attucks Middle School in Houston. Francis said two girls attacked her and a third joined them, kicking her in the head.

The beating was captured on cellphone video.

“I can see these girls kicking her in the head while other children are laughing at her,” Jackson told KTRK.

After complaining of headaches, Francis became unresponsive Sunday and was taken to Texas Children's Hospital. Jackson said doctors found a tumor in the back of her head that the family wasn't aware of.