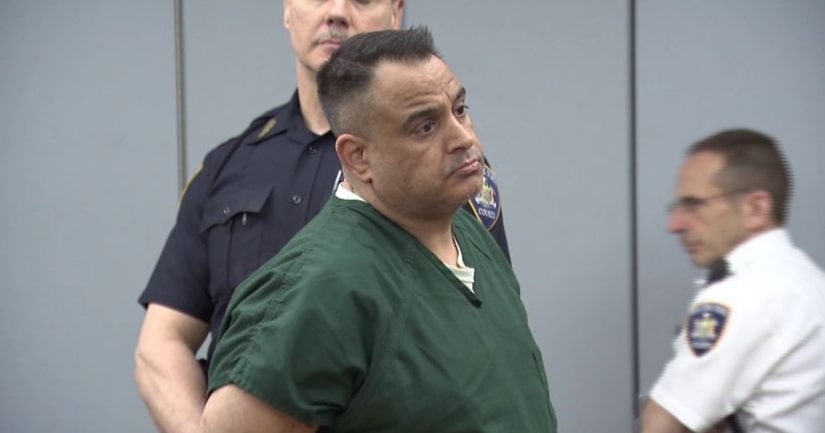 NEW YORK (WPIX/AP) -- A Long Island man ran a prostitution ring out of his parents' sprawling suburban home, enticing women with drugs and locking them in the basement where they were forced to use a bucket instead of a bathroom, prosecutors said Thursday.

Raymond Rodio III, 47, used social media to recruit women, got them hooked on heroin and crack cocaine, and forced them to have sex with men in the basement of the Sound Beach home or at nearby motels, Suffolk County District Attorney Tim Sini said.

The ring operated for about four years and involved more than 20 women, Sini said. Rodio's parents may have known something “untoward” was going on, but not necessarily that their son was running a prostitution ring, Sini said. They are not charged with a crime.

Rodio pleaded not guilty to sex trafficking, promoting prostitution and other charges. He remains jailed because he hasn't posted $1 million cash bail or $2 million bond.

Police uncovered the alleged prostitution ring after a routine traffic stop last August. Officers recognized that a passenger in the car appeared to be a victim of human trafficking, Sini said.