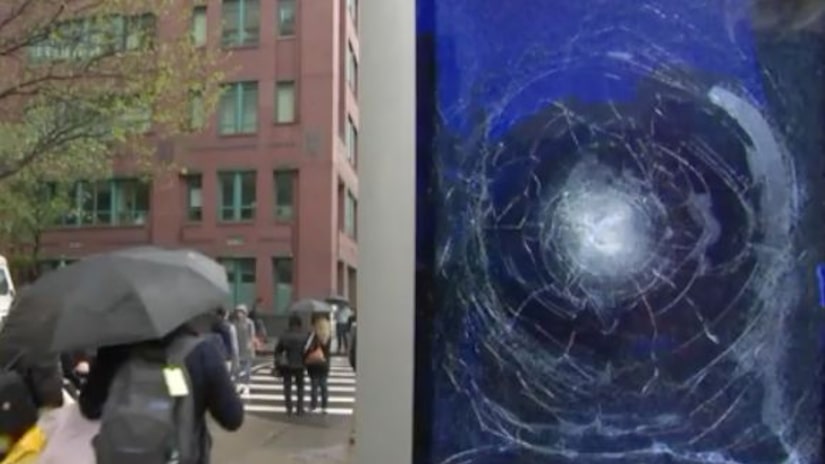 NEW YORK CITY -- (WPIX) -- Several of the 9.5-foot-tall LinkNYC kiosks along 6th Ave, 8th Ave and 14th Street were smashed over the weekend.

Each screen was hit in the same way: a solid blow to both sides using an object seemingly similar to a baseball bat. The charging, phone, Wi-Fi and other functions of the kiosks appear to be unaffected.

LinkNYC's Twitter account talked about how the kiosks help the homeless and those with low income writing:

“LinkNYC provides a valuable public service to many of the city's most vulnerable. When people vandalize Links, they impede on its ability to fund and deliver these services.”

However, the telecom companies that operate the roughly 1,700 kiosks are not exactly hurting for cash. The ads are expected to generate about a billion dollars over 12 years; the city gets half that money.