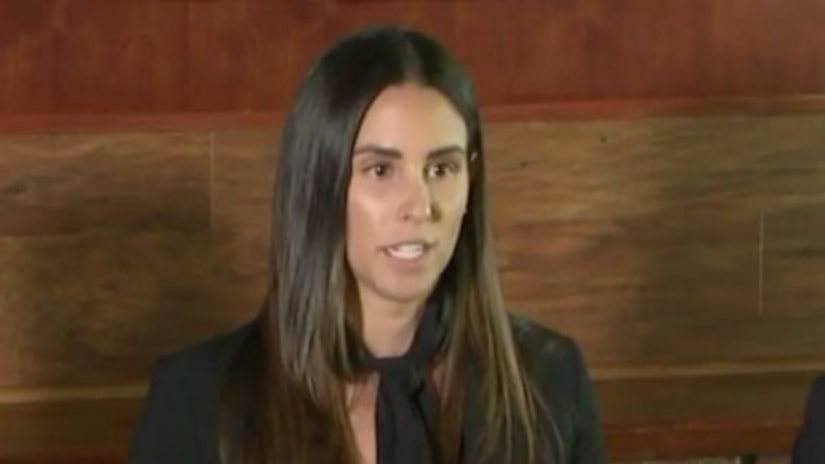 LOS ANGELES -- (KTLA) -- The TV sports reporter suing former Lakers coach Luke Walton for an alleged sexual assault said she waited five years to come forward with the allegations because she was “scared” she might lose her job but can no longer remain silent after she struggled for years to bury the incident.

Her lawyer Garo Mardirossian revealed that in the aftermath of the alleged assault she told only a handful of people — relatives and friends — but never told employer Time Warner/Spectrum despite having to cover Lakers basketball with Walton as the team's coach.

In an emotional news conference Tuesday afternoon, Kelli Tennant said she thought of Walton as a friend and mentor when he allegedly sexually assaulted her in a Santa Monica hotel room.