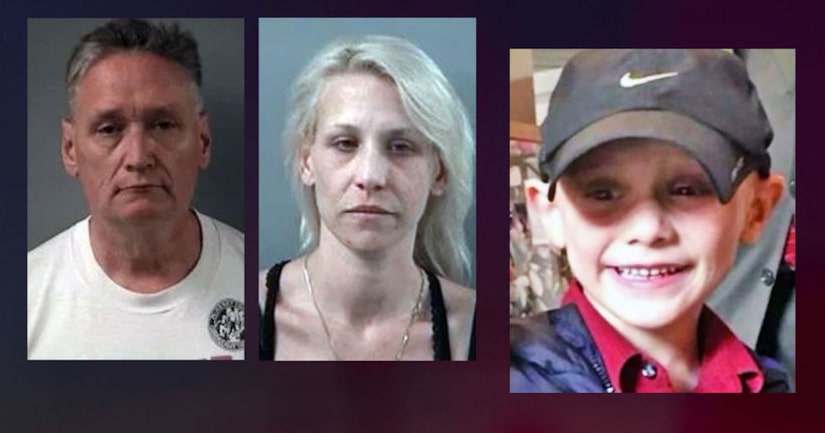 CRYSTAL LAKE, Ill. (WGN) -- After nearly a week of searching, officials said the parents of 5-year-old Andrew “AJ” Freund have been charged in his death after investigators found remains in a remote area of Woodstock, Ill.

“Investigators located what they believe to be AJ's body buried in a shallow grave, wrapped in plastic in a remote area of Woodstock, Illinois,” Black said.

Black said the McHenry County Coroner's Office and FBI Recovery Unit are on the scene, and the cause of death is unknown at this time.

The search for AJ began April 18, after his father Andrew Freund Sr. called 911 to report him missing. Freund and AJ's mother, JoAnn Cunningham, told police they had last seen him around bedtime the night before. Police never issued an Amber Alert after his disappearance, indicating there was no evidence he was abducted.

As the search was ongoing, details emerged about the family's history with DCFS and Crystal Lake Police, including multiple reports of abuse, neglect and drug use. DCFS involvement with AJ dated back to 2013, when he was born born with opiates in his system, and continued “on and off” through the end of 2018, according to the agency. Cunningham and Freund's other son has been in protective custody since AJ was reported missing.

Law enforcement's focus shifted after police said canine units were only able to pick up AJ's scent inside the family home, meaning he likely did not leave on foot. Investigators returned there Wednesday and removed several items, including a shovel, a mattress, two lawn bags and a large bin. The family dog was also removed from the home by Animal Control officials.

Andrew Freund Sr., AJ's father, was formerly Cunningham's divorce attorney. While the two never married, they were said to be living together with their children and no longer dating.