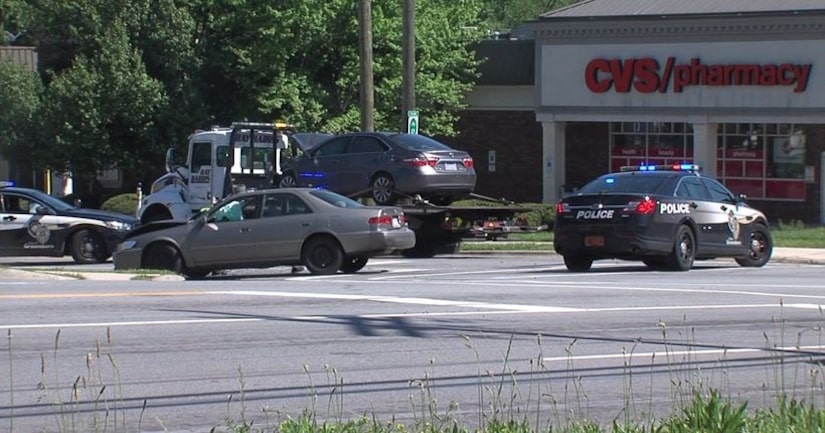 GREENSBORO, N.C. (WGHP) -- A group of thieves took a woman's purse from inside of her car after she was involved in a car crash.

Police say a group of men appeared to be helping her after she was involved in a crash with another driver at the intersection of Coliseum Boulevard and West Florida Street.

The woman's boyfriend, who did not want to be identified, said witnesses told him they saw the men go for her purse and then drive off.

"One of the guys reached in the car grabbed her purse and ran and jumped into their car and peeled off," he said.

Other witnesses on the scene came to the woman's aid.

Greensboro police are investigating the crash and the larceny separately.

MORE: Good Samaritans turn out to be thieves after crash in Greensboro - WGHP