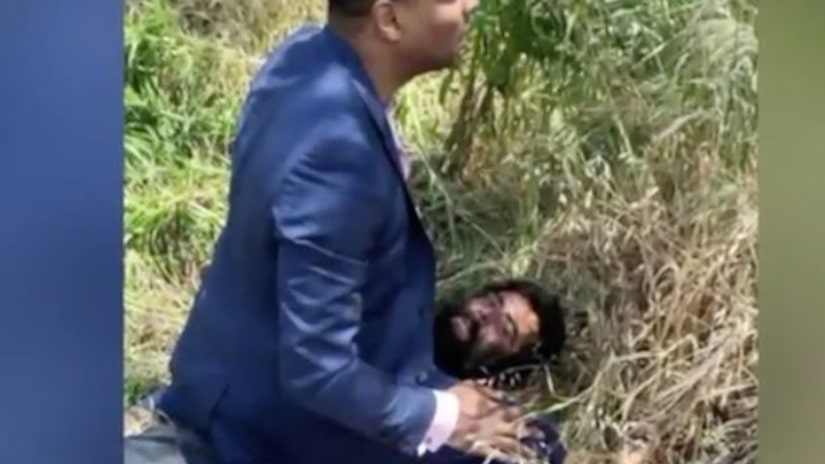 LOS ANGELES -- (KTLA) -- A suspected arsonist accused of setting a series of fires in the Sepulveda Pass near the Getty Center was taken into custody on Monday after a Good Samaritan said he saw the man lighting the fires and stepped in.

That Good Samaritan sprang into action and tackled the man.

The suspect was arrested after Richard Lazenby took him down to the ground and held him there until officers arrived. Part of that confrontation was caught on camera.

"I yell at him, like, 'what are you doing?" Lazenby said. "And he says, 'I'm destroying everything.'"

Lazenby was driving home from Easter Sunday church service with his family when he saw brush fires burning along Sepulveda Boulevard. He then saw the suspect lighting another fire, and blocked the man with his vehicle.