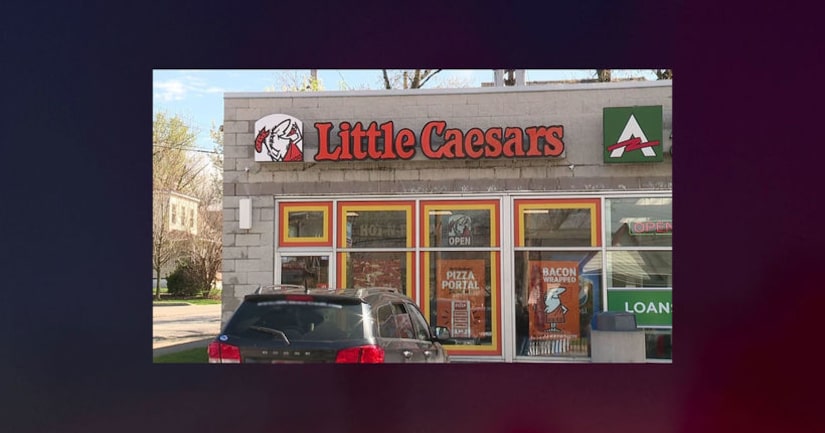 CLEVELAND (WJW) -- A Little Caesars on Cleveland's east side was robbed just before 10 p.m. Friday on Harvard Avenue near East 71st Street.

The Cleveland Division of Police said two suspects rushed into the kitchen and pointed guns at the employees while a third suspect took another worker to the register. That suspect pointed his fingers like a gun into the back of the employee, police said they learned by watching surveillance video.

That's when the employee, fearing for his life, pulled a gun out of his waistband and fired at the suspects, according to the police report.

The suspects used the other employees as human shields before fleeing the scene.

The worker who was armed was shot during the robbery and drove himself to MetroHealth Medical Center.

Police said one suspect was shot in the leg and dropped off at St. Vincent Charity Medical Center. He was later taken to MetroHealth, where he was questioned by police and placed under arrest.