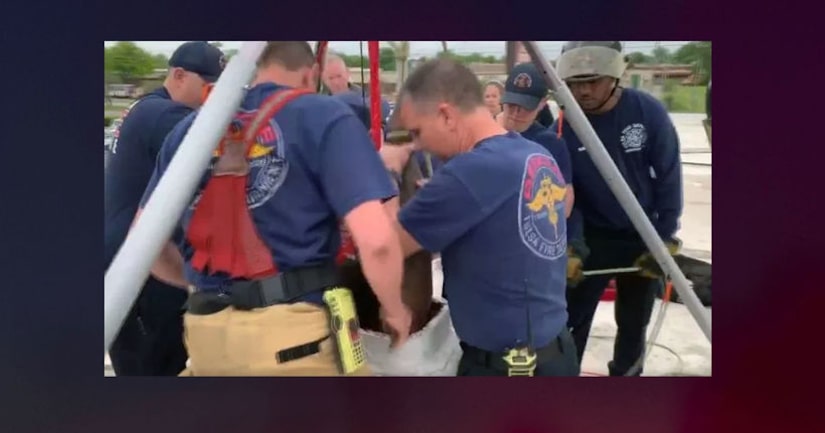 TULSA, Okla. (KFOR) -- A suspected burglar found himself in a tight spot on Monday morning while allegedly trying to break into a business.

On Monday morning, Tulsa fire crews were called to a business near 31st and Hwy 169 after a business owner noticed something suspicious on a surveillance camera.

According to FOX 23, the suspected burglar was captured on camera cutting wires from air conditioning units at Durango Auto Care Center.

At that point, officials say the man tried to crawl down into the chimney.

An employee arrived at the business and heard noises coming from the chimney, so he called police.

Tulsa firefighters were able to rescue the man, who was taken to a nearby hospital to be checked out.