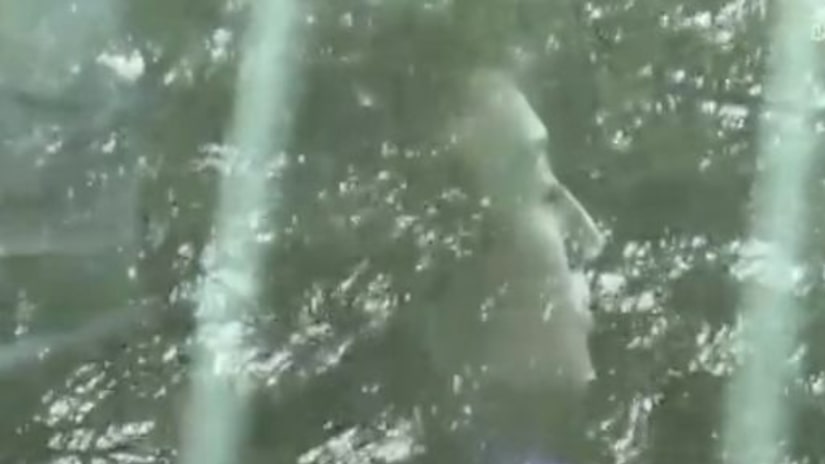 SAN DIEGO, Calif. —- (WGN) -- Parishioners and police tackled a woman who entered a California church service carrying a baby and a handgun on Easter Sunday.

Police first received calls about an armed woman at a church service hosted at Mt. Everest Academy around noon. Witnesses said the woman came up on stage through a back entrance, holding a gun in one hand and a young boy in the other.

Churchgoers said the woman was shouting incomprehensibly, making comments about "martyrs," "the rapture" and blowing up the church. Members of the congregation eventually tackled the woman, police said, and officers arrived a short time later to take the woman into custody. Police identified her as 31-year-old Anna Conkey.

Officers were seen walking out of the church with the 10-month-old boy in their arms. Police Lt. Christian Sharp said the woman's second child, a 5-year-old girl, was found at a daycare center in Bonita. Both kids will be taken into protective custody and evaluated by Child Welfare Services, police said.

Ronald Farmer was inside the church when the chaos broke out. "We were just about to finish up our service and a lady came in with a gun and started talking delusional stuff," Farmer told KSWB. He ushered his family out of the building with a group of other people, then returned to find officers and a group of parishioners had wrestled away the gun and the child.

David Michael Miller had arrived late from volunteering at a Marine boot camp. He said within a couple minutes of arriving, the woman burst into the church. Church leaders tried to talk the woman down, but she was pointing the weapon at parishioners and the baby, Miller said.