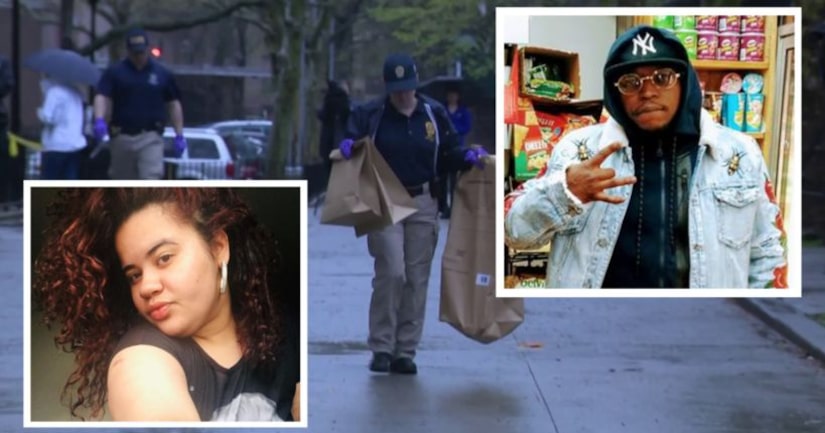 WILLIAMSBURG, Brooklyn (WPIX) -- The NYPD arrested the man who allegedly hacked a woman to death and critically injured his girlfriend at a Brooklyn apartment.

He has since been taken to an area hospital for evaluation, according to police.

Savannah Rivera, 20, was found hacked to death inside of the living room of her friend's apartment at the Bushwick Houses on Flushing Avenue, police said.

Her friend and resident of the apartment, 21-year-old Angela Valle, was also found critically injured. Rivera was staying at the apartment, police said.

A police source confirmed Saturday afternoon the department was searching for the boyfriend of Angela Valle, a 21-year-old mother of a 4-year-old left critically-injured in a suspected axe attack in her apartment at the Bushwick Houses Saturday morning.

Prior to his arrest, Brown spoke exclusively to PIX11. PIX11 News reached out to Jerry via Facebook on Saturday afternoon. He called less than 10 minutes later.

Jerry told PIX11 News that he does not remember what happened. He said the only thing he remembered was trying to get medication from a hospital because he claims he suffers from mental illness, naming schizophrenia, paranoia and he says he's also bipolar.

Jerry told PIX11 that he was a patient at South Shore Mental Health facility on Staten Island and has been to several other mental facilities, including in Florida.

When asked what could he remember, Jerry said "Somebody woke me up. I have a staple in my head. I woke up on the floor. I was drifting in and out of consciousness. I was on the floor in the hallway of a building."

The boyfriend says he doesn't remember which building. "I woke up and was trying to crawl. My head was busted, my lip was busted and my hand is cut," he continued.

Jerry said he left Kings County Hospital. When asked how did he get to the hospital, he gave two answers: "The ambulance", and "I got in a taxi."

Kings County Hospital could not confirm if a "Jerry" was treated there.

The boyfriend, who could be heard sniffling and crying on the phone call, wanted to know if his girlfriend was "okay."

PIX11 News told him that she is still fighting for her life.

Jerry continued to cry, and said he and Angela Valle have been together for seven or eight months.

He then asked, "What do you think I should do?"

PIX11 urged the man who said he was scared because he doesn't want to "commit suicide"— to turn himself in to police.