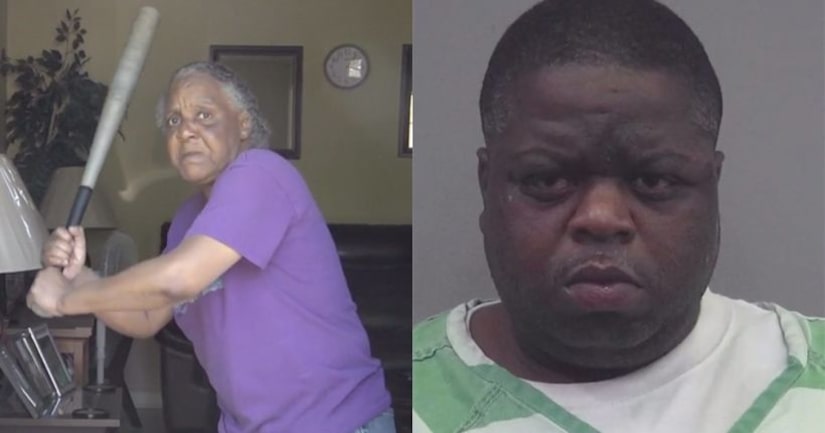 GAINESVILLE, Fla. (WGHP) -- A 65-year-old Florida woman didn't wait for police after she says she saw a large man wearing only his underwear trying to break into her car early Sunday.

"So I grabbed my bat," Clarese Gainey told WGFL. "I braced myself, I eased the door open."

Police say the man Gainey found before her, wearing only boxer shorts, was 5-foot-6-inch, 300-pound Antonio Mosely. WGFL reports that Gainey played softball in high school, and, when Mosely allegedly charged, she was ready.

"I took that bat and hit him upside the head like 'Pi-hay!' and he said 'Owww!'" Gainey said.